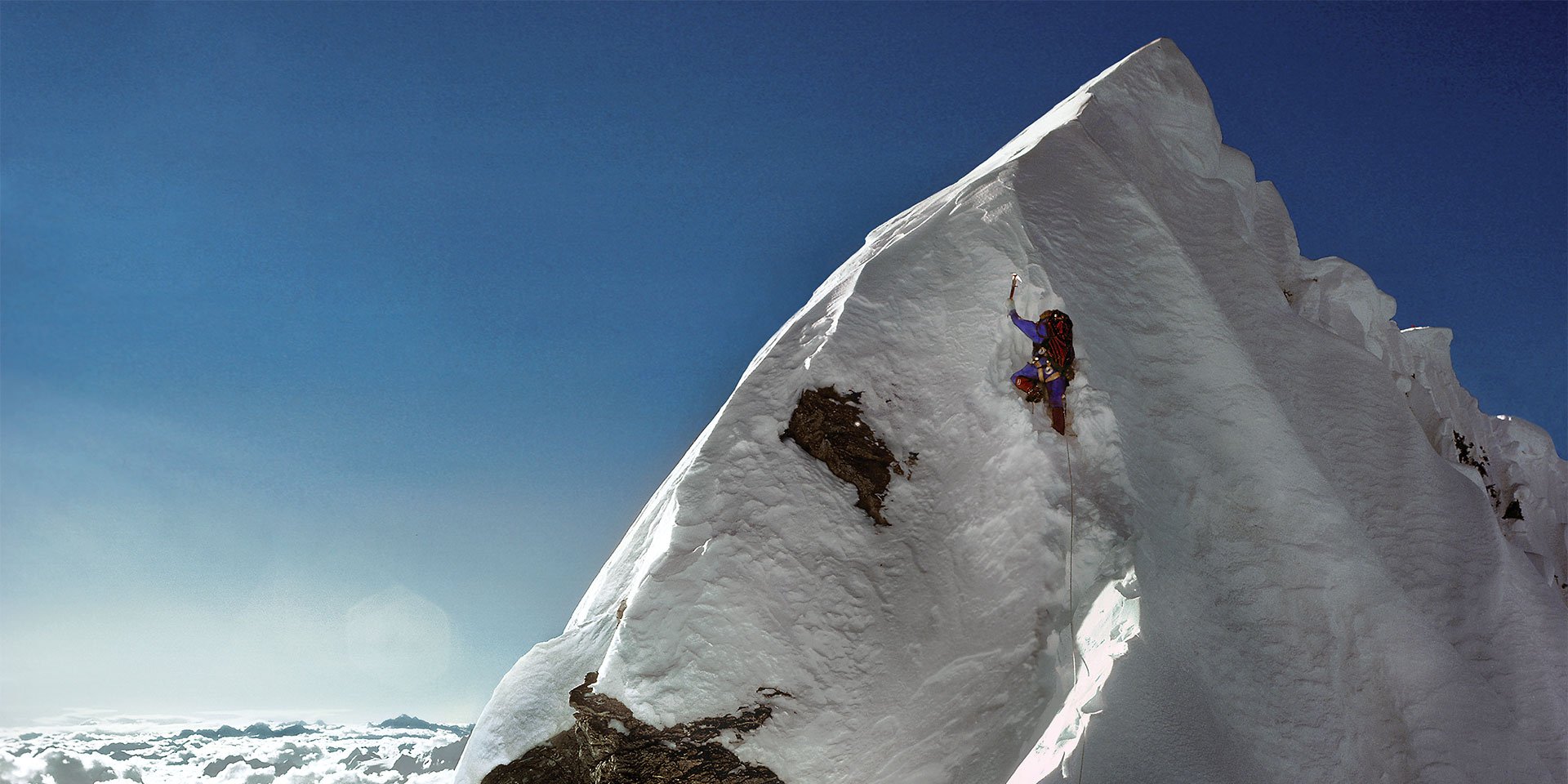 In this stunningly illustrated lecture, Doug returns to his roots and tells how he first discovered climbing when out with the Boy Scouts in Derbyshire on Grit, then to Snowdonia, the Lake District, Scotland and then the Alps. He started his expedition career early, going to the fabulous Tibesti Mountains of Chad (1965), the Cilo Dag of Kurdistan (1966) and The Hindu Kush of Afghanistan (1967) where he and his Nottingham friends climbed seven new peaks and the South Face of Koh-i-Bandaka.

Then came children and a move into Big Wall Climbing, via an obsession with big overhangs in Britain and the Dolomites, followed by climbs on Yosemite’s El Capitan, Norway’s Troll Wall and then to the big walls of Baffin Island and the first Grade 6 right on the Arctic Circle up Mount Asgard’s 5000ft east face. The next and final step of taking big wall climbing into ever harsher environments was to the Himalaya with Shivling’s 7000ft East Pillar and the Karakorum where he put up a new route on the highly technical Ogre, the hardest climbing ever achieved at the time at 7000 metres.

Having established a reputation as one of Britain’s leading mountaineers, he spent over eighteen months of his life, on three expeditions committed to climbing Everest’s South West Face with Dougal Haston, which they did bringing to an end the era of the Himalayan “Siege Style” climbing and ushering in an intense period of lightweight expeditions on the world greatest peaks. He was helped along in this, by the experience of surviving a night, without canned oxygen or a sleeping bag in a snow cave, just one hundred metres below Everest’s summit.

For Doug, this new era got off to a very dramatic start and he tells of his epic adventure and survival against the odds on The Ogre. When, after having made the first ascent with Chris Bonington, Doug broke both legs on the first abseil from the summit block. Isolated from the rest of the world, the story of how he and his three fellow climbers, Mo Anthoine, Clive Rowland and Chris Bonington – complete with broken ribs – survived and then rescued themselves is both one of the greatest mountaineering tales of all times and history’s longest crawl!

Yet within a year, Doug had made a remarkable recovery, to climb Mt Waddington in British Columbia and the following year the world’s third highest peak – Kangchenjunga. Here, he was to fully realise the potential of the new style, lightweight expedition when he made the third ascent of the mountain – a far more dangerous and technically difficult peak than Everest – by a new route up the largely unexplored north west side of the mountain with Pete Boardman and Joe Tasker.

Then there were new routes in completely alpine style up Nuptse’s North Face, Shishapangma’s South West Face, Lobsang Spire, Carstenz Pyramid in New Guinea and other remote places such as Targo Ri in Central Tibet.

Don’t miss this opportunity to hear some of the greatest tales in mountaineering history, from the legend Doug Scott himself. Doug will also be signing copies of his new books – ‘Up and About – The Hard Road to Everest’ (2015) and ‘The Ogre’ (2017)