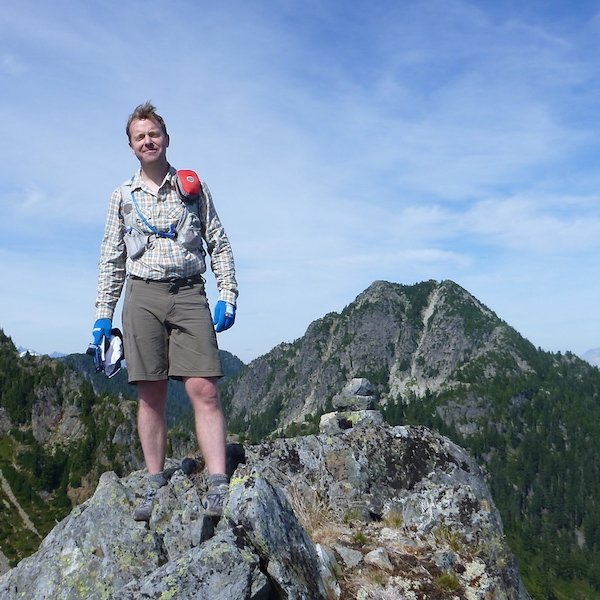 David Crerar grew up on the lower slopes of Mt. Seymour and now lives on the lower slopes of Grouse Mountain. In 2009 he created the Bagger Challenge, a contest to see who could climb the most North Shore peaks in a season; since then over 700 people have participated; that project led to this book. David is a commercial litigator in Vancouver. For 15 years David served served as an adjunct professor at the University of British Columbia Faculty of Law, lecturing in civil procedure. He is the author of Mareva and Anton Piller Preservation Orders: A Practical Guide (Irwin Law, 2017). He is also the co-editor and a co-author of British Columbia Business Disputes, as well as the leading Canadian text on civil procedure, The Civil Litigation Process. He serves on the boards of the Vancouver International Marathon and the Canadian Media Lawyers’ Association and is a member of the BC Mountaineering Club and the Alpine Club of Canada. David is an outdoors fanatic, and especially loves adventures with his four children on trails, lakes, oceans, and rivers. He has completed more than 185 marathons and ultra-marathons, on road and trail, and in 2018 completed a project to run every single road on the North Shore. He aspires to visit every national park in North America with each of his children.

The Glorious Mountains of North Vancouver

Author David Crerar will present stories from his book, “The Glorious Mountains of Vancouver’s North Shore: a Peak Bagger’s Guide” (RMB: Rocky Mountain Books). Few Vancouverites know of the natural beauty and adventure that lies within them, or even their names and history. David will discuss some of the history and secrets of the peaks, including Indigenous names, cultural significance, and uses; logging and mining; watersheds and waterfalls; old growth trees; plane crashes; cached whisky; first ascents; name origins; plants; mushrooms; wildlife; and, above all, fun and adventure.​