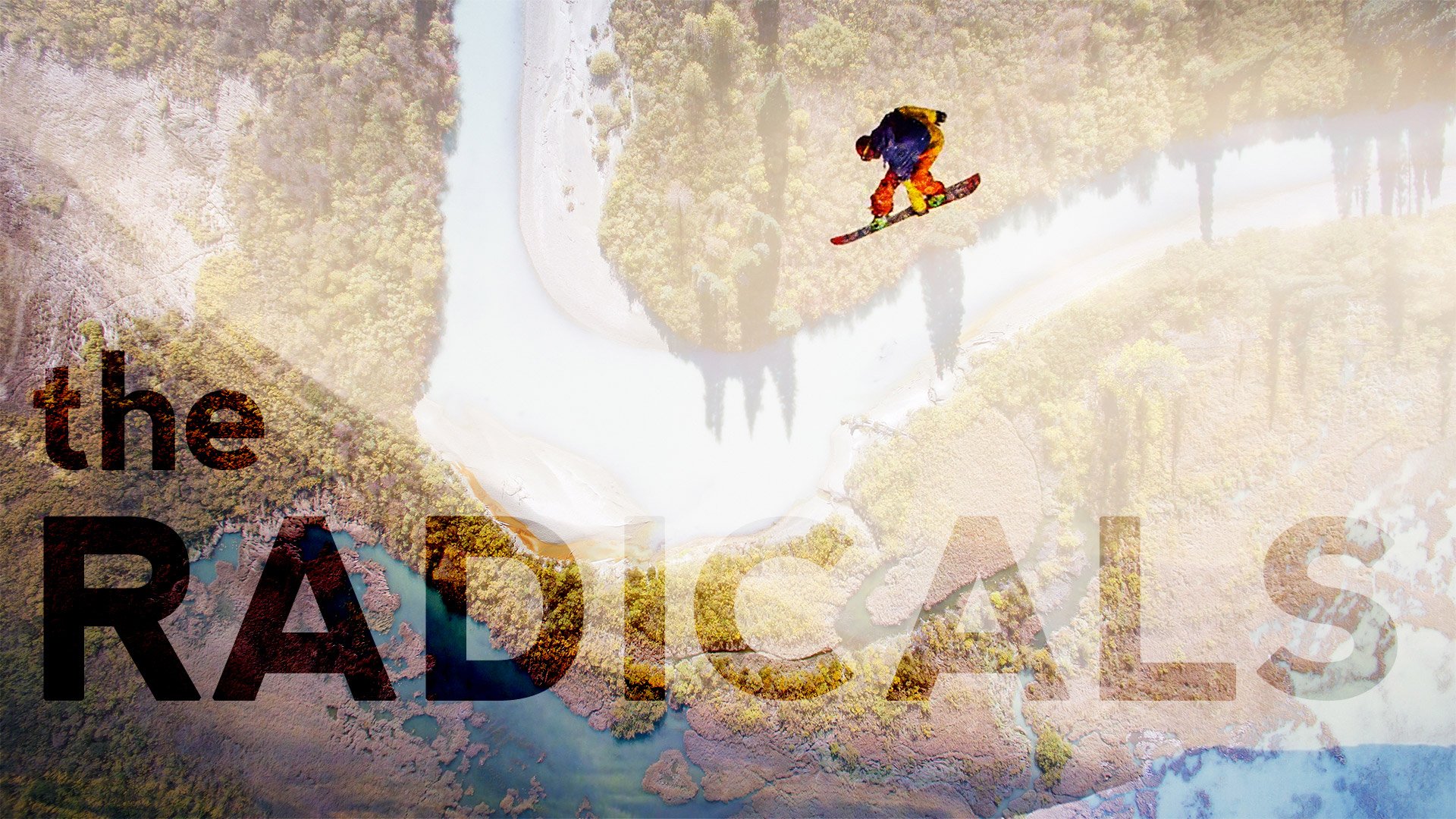 This is your call to action: find out who The Radicals are and how they’re hoping to solve the biggest issues threatening our environment.

Two of the latest and greatest films combining the beautiful mountain and coastal environments of the West Coast, the biggest threats to our environment and the outdoor enthusiasts who are dedicating their lives to solving them. After the films – protagonists, community members and filmmakers take the stage for an intimate panel discussion.

With breathtaking cinematography, The Radicals is a documentary film that follows four snowboarders and surfers driven to become social and environmental stewards through their connection with the environments in which they play. By enjoying and appreciating their natural surroundings, these awakened athletes introduce us to some of the worlds most dedicated activists and game-changing wilderness initiatives that can actually change the world.

The Radicals inspires us to shift our perspective, rise above the challenges of modern society and dig into our roots to create radical waves of change, while still enjoying the thrill of nature, gravity, and a sense of real purpose.

Brian Hockenstein is a Whistler, BC, Canada based cinematographer who specializes in natural history and action sports filmmaking. Armed with the incredible Red Epic, along with his growing pile of filmmaking toys such as a remote-controlled cablecam, gyro stabilizer, brushless gimbal stabilizer, jib arm, slider, timelapse dolly and more, he is known for capturing incredible images in unique ways under the most demanding conditions.

Named as Starfish Canada’s “Top Environmentalist under 25” in 2014, Tamo Campos is a professional Freestyle Snowboarder and a dedicated environmentalist. Co-founder of the organization, Beyond Boarding, Snowboarders Making Positive Change, Tamo has travelled the world turning snowboard trips into volunteer missions in Chile and Argentina, beach clean ups on Vancouver Island and speaking tours in Northern British Columbia, informing students on the impact the Northern Gateway Pipeline will have on their environment and lifestyle.

Tamo’s work with Beyond Boarding has yielded a handful of documentary films, including “Belen” which follows Tamo and a friend on travels in Peru and Chile where they snowboard and connect with local communities in the spirit of service, and “Northern Grease” following Tamo and friends as they travel in a vegetable-fueled bus throughout BC and Alberta, exploring the impact that resource extraction projects are having on the environment, and what local communities are doing in response.

In Hear the Call: Salmon Nation, singer Ashleigh Ball of Hey Ocean! travels with filmmaker Josh Thome to BC’s remote coast to meet Alexandra Morton, one of the worlds most celebrated marine biologists for her work with BC’s keystone species, salmon. Exploring the coast with Alexandra, Ashleigh is amazed to learn about the elaborate role salmon play in weaving together the entire coastal ecosystem. She is equally disturbed to learn that the wild salmon are being decimated by disease and pollution introduced from Atlantic salmon farms.

Inspired by Alexandra and by meeting First Nations Chief, Ernest Alfred, who is taking a powerful stand for the salmon and his people, Ashleigh finds her own voice on the issue in the most powerful way she knows – through music. Hear the Call climaxes with a musical and visual call to action that engages audiences in a concerted campaign to stop the destruction of the ecology and cultures of BC’s wild coast.

Josh Thome is a National Geographic Explorer and filmmaker.

His first TV series, 4REAL, took A-list celebrities such as Cameron Diaz, Joaquin Phoenix and Eva Mendes on adventures to highlight some of the world’s most inspiring young leaders. 4REAL was broadcast in 166 countries and 35 languages on National Geographic, Travel Channel, MTV, CTV, The CW and more.

Thome’s recent film, ʻĀINA: That Which Feeds Us, has won multiple awards at film festivals around the world.

His recent pilot for a series titled, Hear the Call, combines Thome’s love of music, film, and progressive change.

Film directors, Brian Hockenstein and Josh Thome take the stage along with the following community members to discuss the most important environmental and conservation issues affecting the West Coast.

In October 2008, Grand Chief Stewart Phillip concluded his fourth consecutive term as Chief of the Penticton Indian Band (PIB) after having served the Band as Chief for a total of 14 years. In addition, he served as an elected Band Councilor for a 10 year period and continues to serve as the Chair of the Okanagan Nation Alliance.

In October 2006, the Okanagan Nation, led by the Elders of the Penticton Indian Band, acknowledged his lifetime commitment to the defense of Indigenous Peoples’ Title and Rights by bestowing on him and his family the rare honour of the title of Grand Chief.

Meghann O’Brien is a snowboarder and Northwest Coast weaver from Alert Bay, BC. She is of Kwakwaka’wakw, Haida, and Irish ancestry. Her name in the Kwakwala language is Kwaxhi’laga-“Smoke Coming Out of the Top of the Big House, Welcoming People to Feast and Potlatch”. In the Haida language she carries the name of her maternal great grandmother Ruby Simeon: Jaad Kuujus-“Deer Woman”. Meghann has apprenticed under master weavers and traditional teachers Kerri Dick, Sherri Dick, and William White. Her work is distributed between public and private galleries, museums, collectors, family, chiefs, dancers, and ceremonial people. She travels globally to lecture and demonstrate, and is still active within the snowboard community, advocating for increased connection to the land and seasons.