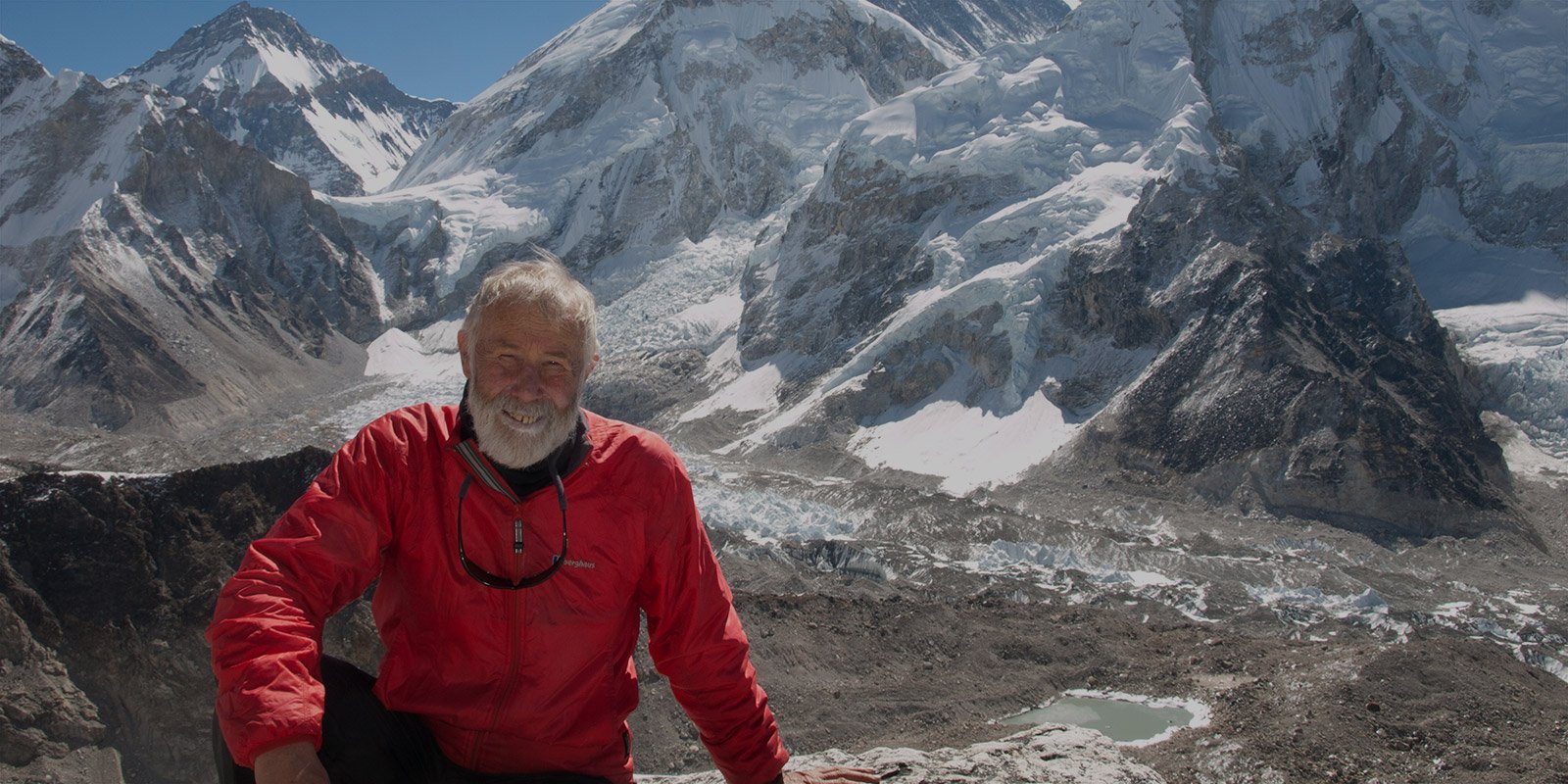 This documentary looks retrospectively, from his rock climbing days in the UK through to visionary ascents on the high peaks of the Himalaya and shares the remarkable and poignant life of one of the world’s best-known mountaineers – Sir Chris Bonington.In many ways the film becomes a commentary of post war twentieth century British mountaineering. Chris recognises Hamish MacInnes as a key person in his life, a mentor who pointed the way to the adventurous mantra he was to follow. Then Don Whillans as the most talented climber he shared a rope with. Doug Scott partnered by Dougal Haston and Tut Braithwaite and Nick Estcourt provided the strength that finally solved the problem of the South West Face of Everest. But woven through the success is sadness of all too many friends who died in the hills, in particular Ian Clough, Nick Estcourt, Mick Burke, Joe Tasker and Pete Boardman.It is the intimate journey of one man’s dream. The drive for exploration is echoed in the first British ascent of the north wall of the Eiger, new routes on Mont Blanc, the ascent of ‘The Old Man of Hoy’ and then to the greater ranges where he is the first to stand on the virgin summits of Annapurna 2, Nuptse and the Central Tower of Paine, followed by landmark expedition success on the S. Face of Annapurna, Everest South West Face and the Ogre.

Throughout his career Brian Hall has been a Mountain Guide (IFMGA), climbing at the highest level, with expeditions to the Greater Ranges including Everest (in winter), K2, Jannu, Nuptse, Makalu, Baltoro Kangri, Shivling, Ogre 2 and peaks throughout the Andes.

His main focus in recent years has been facilitating safety, rigging and location advice on film projects. Brian’s numerous credits include the BAFTA award winning Touching the Void and the recent Everest feature film.

Between 1980 and 2008 Brian co-directed the Kendal Mountain Film Festival, the major festival of its kind in the UK. Then, as result of developments in film delivery, Brian co-directed SteepEdge.com between 2011 and 2015, a film download website for the adventure sports and mountain community.
Together with Keith Partridge he has produced a number of mountain films.
Brian and his wife Louise split their life between the Peak District, UK and Queenstown, New Zealand.

Capturing the essence of adventure in more than 60 extreme films has taken Emmy award winning cameraman and filmmaker Keith Partridge to some of the world’s most hostile and spectacular environments from deep within the bowels of the earth on caving expeditions, through unchartered forests to the summit of Everest.

His work includes documentary feature films such as Joe Simpson’s story Touching the Void, the BBC’s Human Planet series and epic adventure series Steve Backshall’s Extreme Mountain Challenge – Venezuela for which he was awarded the Guild of Television Cameramen’s Award for Excellence.

For over 25 years Keith has been pushing the limits of extreme filmmaking. Productions in which he’s been involved have won dozens of international film awards, two BAFTAs and an international Emmy. His international award-winning book The Adventure Game, charting his experiences in filming at the ends of the Earth, was published in June 2015.