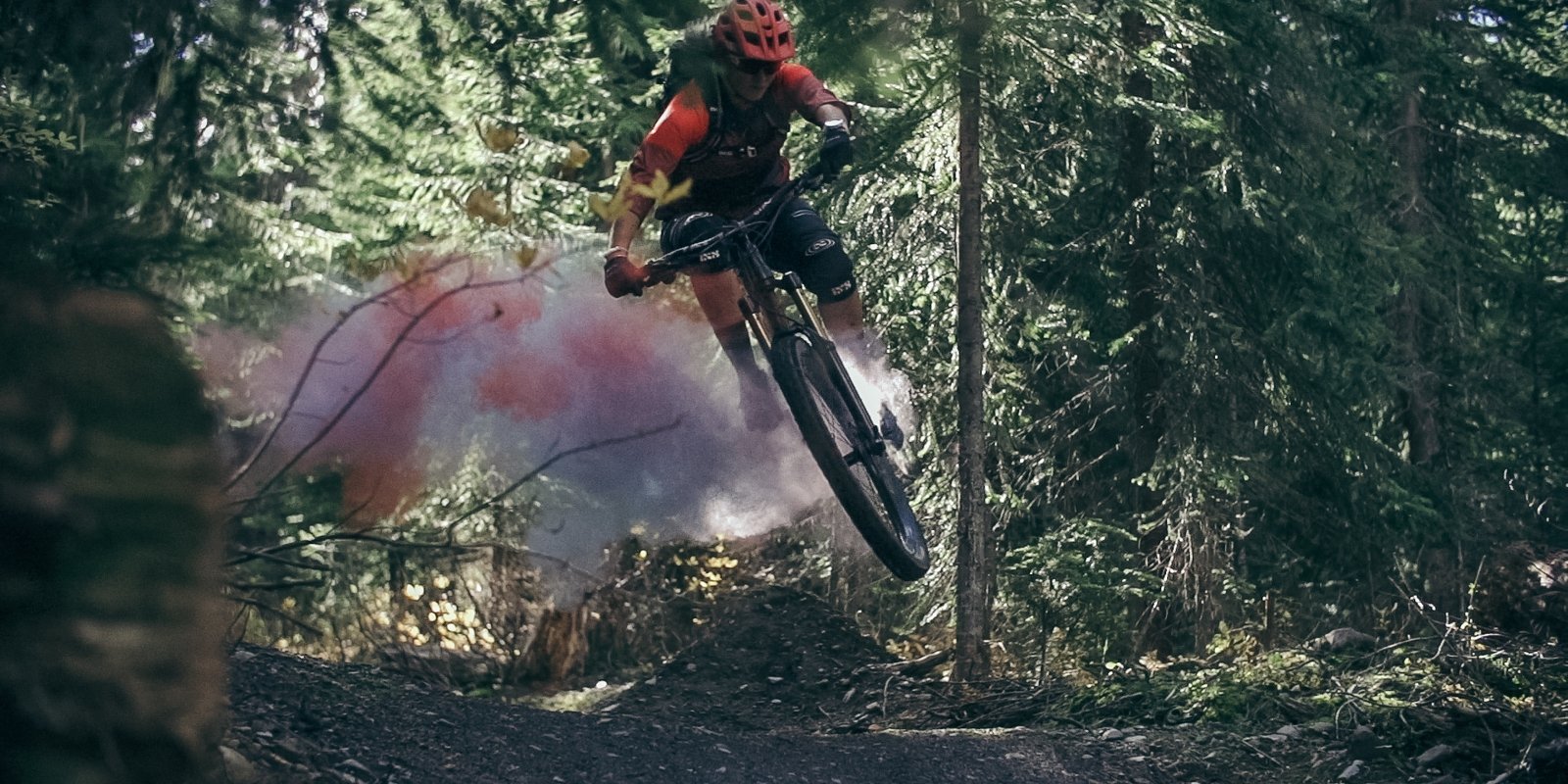 Micayla Gatto is a professional mountain biker and an artist. In this unique piece, the audience will journey along with Micayla as she rides through her paintings in the high alpine and deep forests of Retallack, BC. Gatto grew up racing cross-country mountain bikes but always had a passion for art. As her biking career blossomed, she became a top world cup downhill racer while continuing to pursue her love of art. Like many people, it was a challenge for her to figure out which direction to go. She finally settled on being both an artist and an athlete. In Intersection, the audience will be treated to a magical journey of color and creativity as Micayla rides through different settings that turn into her artwork while she’s riding. Directed by Lacy Kemp, and edited by Juicy Studios, Intersection: Micayla Gatto won the Banff Mountain Film Festival’s Best Mountain Sports Film Award at the 2017 event.

Lacy Kemp is a writer, filmmaker, and producer from Bellingham, Washington. She got her start in video production with her documentary series, Beyond the Bike, which premiered in 2013 as a web series for Dirt Magazine. Since then she’s written, produced, or directed short films for clients throughout the bike and action sports industry. Her film Intersection: Micayla Gatto won the 2017 Banff Mountain Film Festival’s Best Mountain Sports Film Award.When not working on a film project she moonlights as a writer for Bike Magazine, teaches yoga, and works for Kona Bicycles in their marketing department. She’s an avid mountain biker and feels fortunate to live in Bellingham and so close to the North Shore. Lacy’s goal as a filmmaker is to always try to create projects that are you unique and memorable.