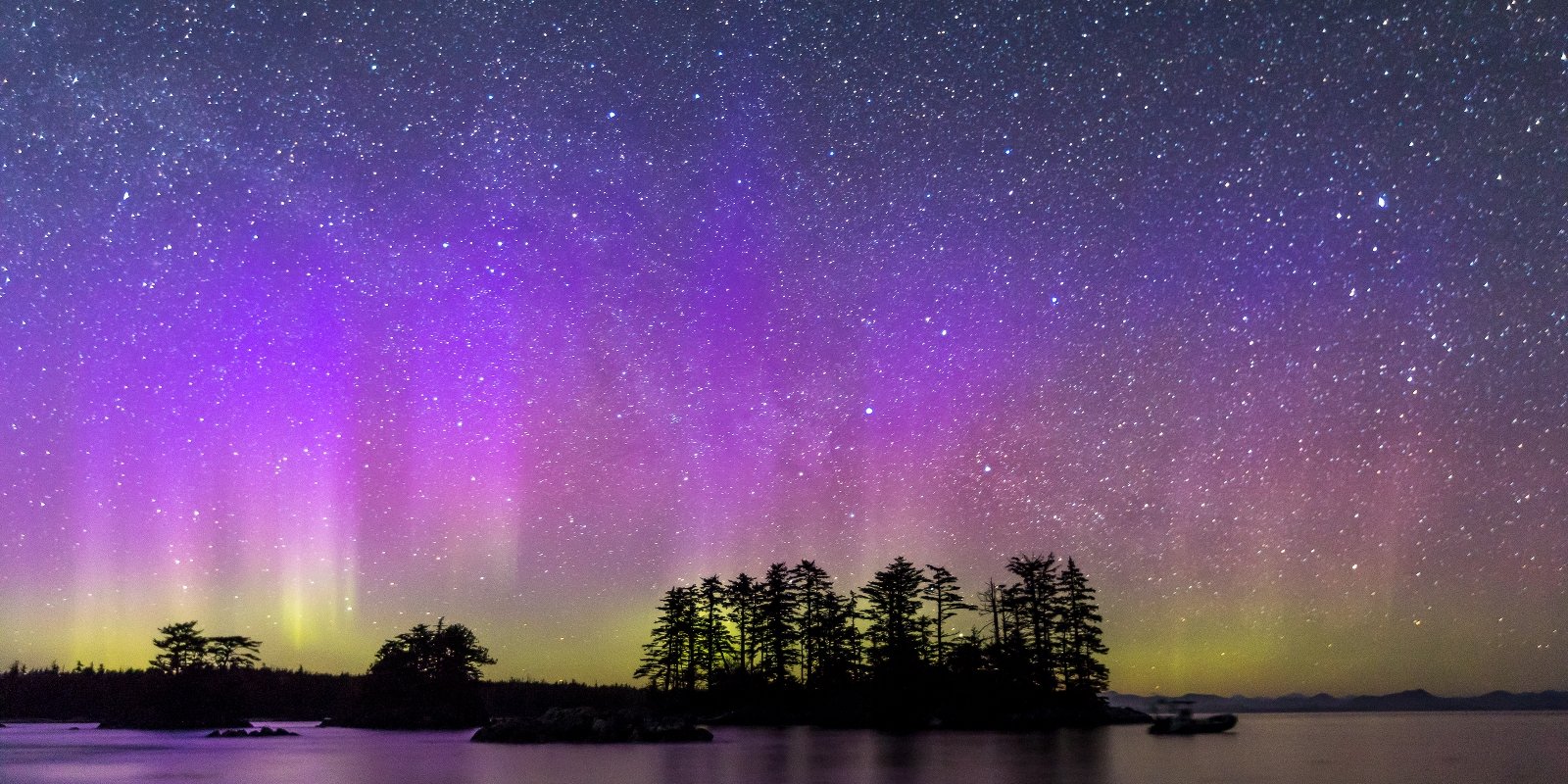 Searching For Coastal Wolves In The Great Bear Rainforest

Our objective was to find and film Coastal Wolves. Coastal wolves are a rare species of wolf that are genetically different from their interior wolf relatives. 90% of their diet is seafood. People usually associate wolf meals with elk or deer, but these guys are practically pescatarians, with salmon accounting for nearly a quarter of their diet. Beyond that, they forage on barnacles, clams, herring eggs, seals, river otters, and whale carcasses.Our plan was simple in concept but far more complex in practice. Through our research we had found a small group of island 60 miles off the coast where wolves were known to reside. We planned to live amoung them in hopes that tracks and traces would lead us to a sighting that we could hopefully capture on film. Unfortunately for us, wolves are highly mobile animals; they have home ranges that are hundreds of kilometers in area and they are capable of crossing many types of natural barriers, including small bodies of water. Needless to say, we found ourselves less in control of finding the wolves as we initially thought. The choice of being seen lay in the control of the wolves. Through our daily searches along the shores, through the forest, and kayaking between islands we had a strange sense the wolves were watching us. We saw endless tracks including fresh kills that showed us that the wolves were definitely among us.Whether or not we would see them became less certain. Our excitement transformed to concern.The moment our spirits were lowest and our guards were down we experienced a moment we will never forget.

Blaise is a passionate outdoor adventure seeker. He is a co-creater of the BC Adventure Project and believes exploring is a part of life. Blaise has been running his production company Moves Media since 2014. He first picked up a camera with a hope that capturing unique content could provide him a lifestyle that involved visiting unique places and having incredible experiences. He enjoys projects that pose a challenge to conventional film making and require creative thinking to conquer.Through his media business Blaise has directed, produced, consulted, drone operated, and managed projects of all sizes. He is most passionate about creating original content and story telling. Blaise is excited about the BC Adventure Project and where it will take him next.