Echoes In The Arctic 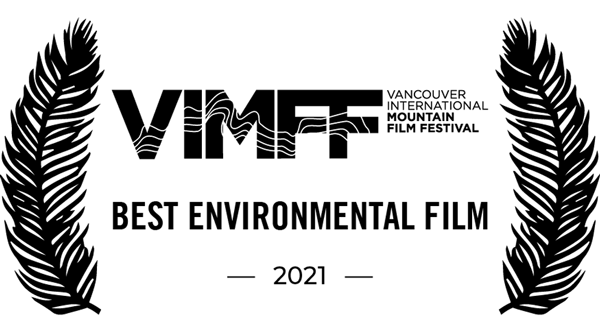 This film was part of the VIMFF 2020 Fall Series.

Echoes In The Arctic follows celebrated wildlife photographer Paul Nicklen and a team of dedicated filmmakers and scientists on a vivid cinematic journey as they document the world’s healthiest orca population in the Norwegian Arctic to help protect the ecosystem from oil exploration.

Andy Maser is a three-time Emmy Award winning director and cinematographer with 17 years’ experience filming in the world’s most challenging and remote locations. Most recently he shot the IMAX nature documentary Great Bear Rainforest (2019), which recently won Best Cinematography at the annual Giant Screen Awards and is currently playing in theaters worldwide.

He recently shot the feature documentary, The Weight of Water (2019), which has won nine film festival audience and grand jury awards since its release. He has also filmed more than 20 hours of television for National Geographic, CNN, HBO, and Travel Channel.

Tahria Sheather is an Australian documentary filmmaker whose work explores our human connection with the natural world. She produced the documentary feature film Moonlight Sonata: Deafness in Three Movements, which premiered at the 2019 Sundance Film Festival and aired on HBO in December 2019.

Also with Vermilion Films, she produced the short documentary Homeless: The Soundtrack, which received a special jury mention at the 2018 Tribeca Film Festival, a New York Times Op-Doc about the impact of technology on deafness, and a series of 17 short films on sex trafficking.

Paul Nicklen (Canadian) is a visual artist and marine biologist who has documented both the beauty and the plight of our planet for over 20 years. Paul’s photography informs and connects by creating an emotional bond with wild subjects in extreme conditions. After a 20-year career of photographing for journalistic publications like National Geographic, Paul’s perpetuating dream is to revisit his archives for the true artistic gems and release them to the world. His ongoing journey is to continue photographing intimate, evocative, powerful subject matter to create a thoughtprovoking body of work. Paul hopes his viewers look into the eyes of the animals in his photographs and fall in love with their vulnerability.

In addition to being one of the world’s most renowned nature photographers, Paul is a well-known speaker, TED Talks participant, author, and National Geographic Fellow. In the past two decades, Paul has collaborated with scientists, filmmakers, conservationists, and explorers to create awareness and inspire action for global issues such as climate change. Paul has garnered more than 30 of the highest awards given to any photographer in his field, earning a global following of celebrities, conservationists, and fans. In 2019, Paul was inducted into the International Photography Hall of Fame.