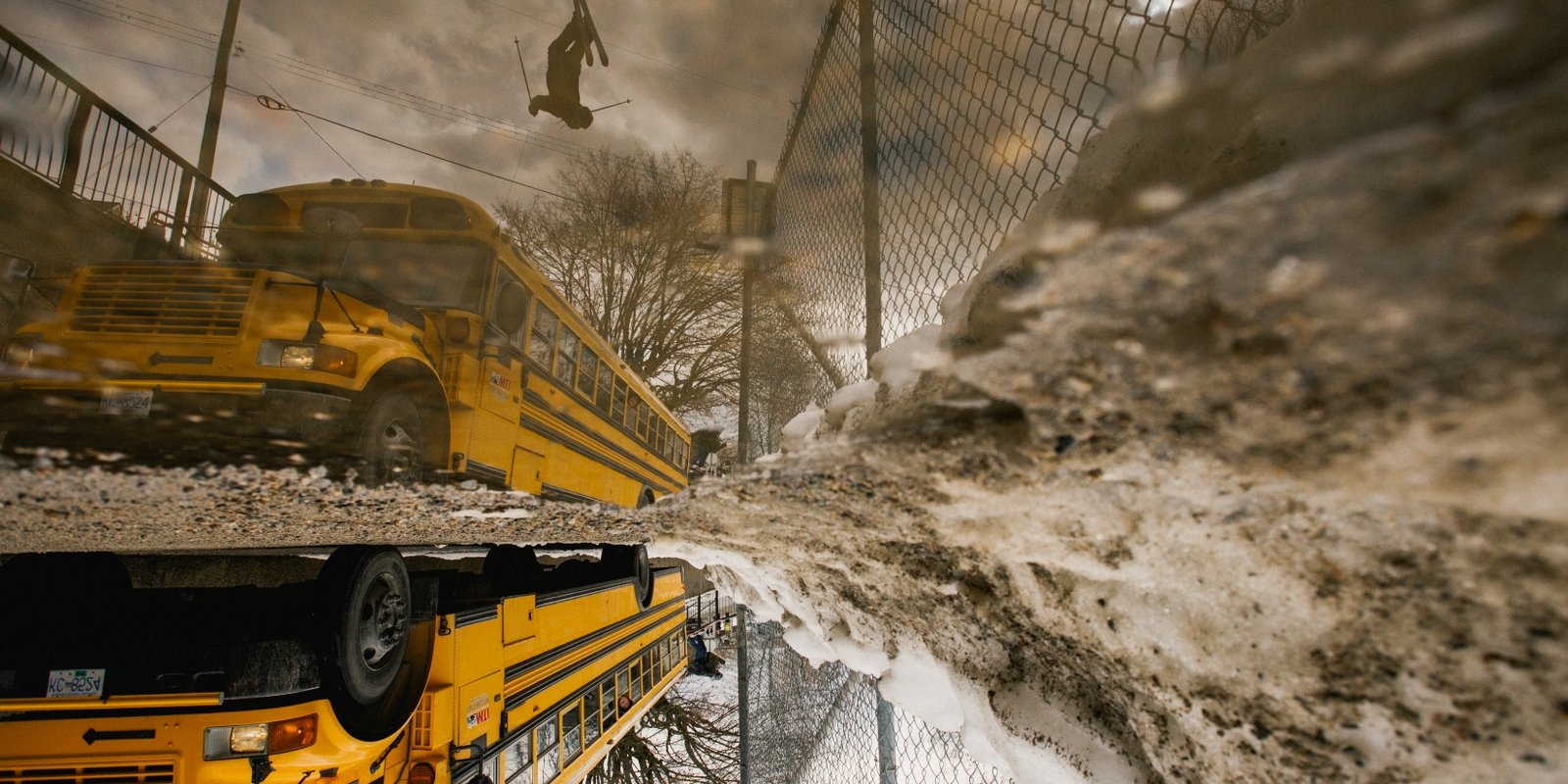 Have you ever been that little kid sitting in the back seat of your parents car, wishing you were somewhere else? At the ski hill, on your bike, anything but on the road, listening to your parents talk about boring adult stuff.
So you imagine a skier on the side of the road, your fingers commanding back flips and roof drops, improbable rail slides and huge airs.
Well what if your imagination came to life? Join us as we travel the streets of Nelson, British Columbia through the eyes of a young boy who manages to bring professional urban skier Tom Wallisch to realization. Together, they turn an otherwise drab winter commute into an ski adventure for the ages.
Original concept inspired by JP Auclair.

David Mossop gained a love of photography at an early age from Swiss pianist, mountaineer, and photographer Boris Roubakine. His parents Grant and Ruth Mossop were both professional musicians and helped nurture a deep understanding of great art. Grant, also the director of the Geological Survey of Canada, also fostered a profound appreciation of nature in all its forms – mountains in particular.
David graduated with honours from the University of Victoria in Film Studies and Anthropology in 2004, where film professor Brian Hendricks had set the groundwork for David’s artistic filmmaking approach. Since then David has directed and DP’d films of all kind including Nature Docuemantary, Adventure, Giant Screen Cinema experiences, Music videos, Commercials and several Feature-Length films. With hundreds of hours of helicopter filming experience, Dave has become one of the most acclaimed Aerial Directors in the industry. He currently resides in Whistler BC.