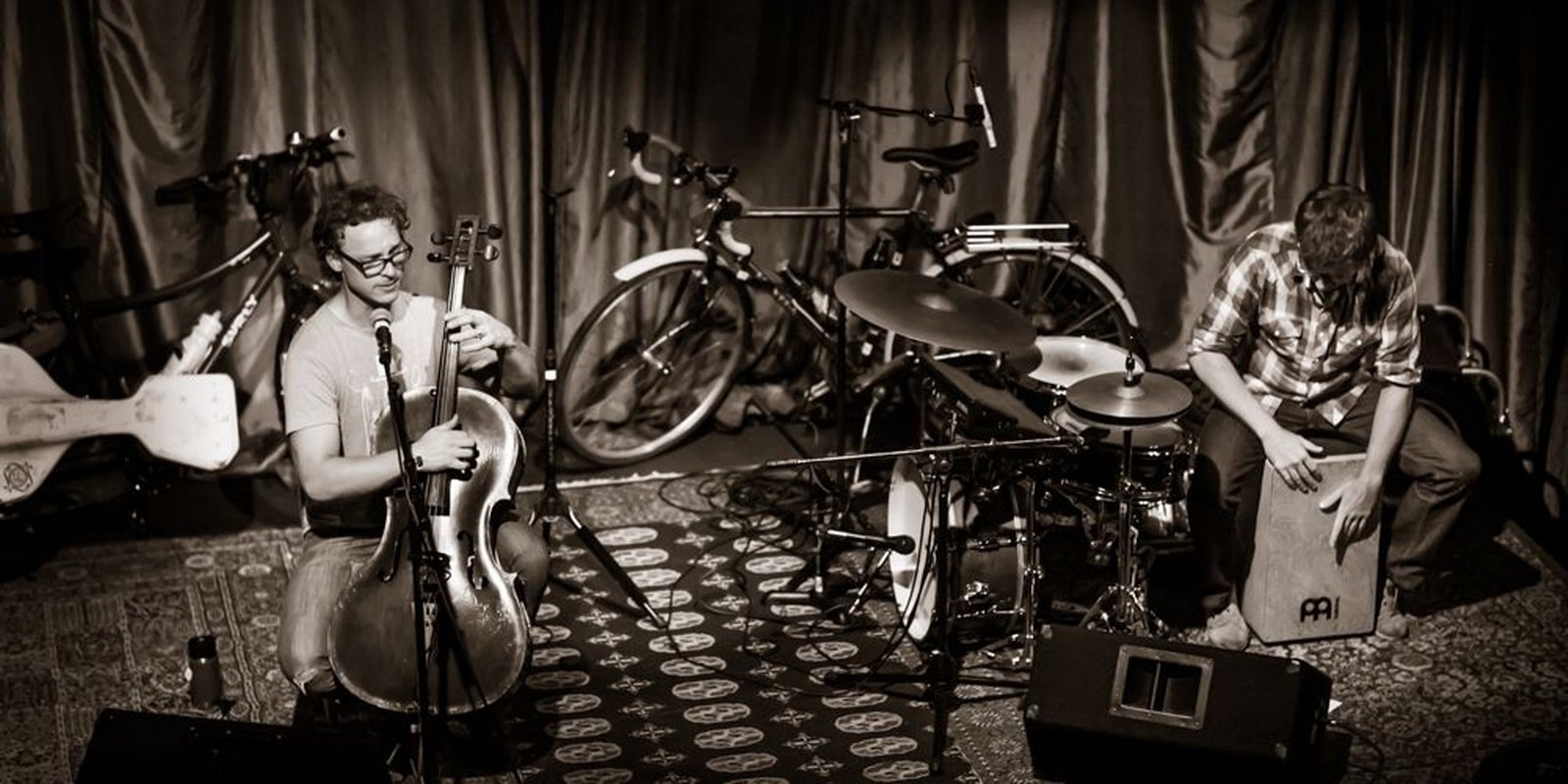 Cellist, singer-songwriter and political activist Ben Sollee spent a lot of time on whirlwind tours, flying over and driving through America’s towns and cities. He was becoming burnt out, and his health was suffering. So he bought an Xtracycle cargo bike, strapped his cello to it and set off on a five-year, 5,000-mile journey. His Ditch the Van Tour brings hardships, like broken wheels, tornadoes, unfriendly motorists, and takes twice as long for half the money as a traditional tour. But it also offers meaningful experiences and a more human pace of life in a frantic world, allowing Sollee time to ponder the big questions, such as: What is worth sacrificing? And what story is he trying to tell?

Emmy Award Winning Producer and Cinematographer, Mallory Cunningham, has always been drawn to all aspects of creating films and storytelling. Mallory grew up in Kentucky, picked up a camera at a young age and began making films with friends. While earning a degree in Telecommunications and Business at the University of Kentucky, she diversified her skills by filming for the athletic department. Mallory then relocated to California and began working alongside filmmaker John Chester at Apricot Lane Farms to create short films for the Oprah Winfrey Network. During her time there she fulfilled many roles on their small film team including, producing, assistant editing, camera operating, story collaboration, and more. In 2016, the team won its first Emmy for their short film, “Saving Emma”. This year, they won three more Emmys for their short film, “Worry for Maggie”. “Ditch the Van”, is one story of many to come from Keep It Simp Films, founded by Mallory and her creative partner, Kyle Romanek. They are currently in production on a documentary titled “Simone” and also in post-production on a TV pilot through W.M.Z. Entertainment titled “F.A.M.”.

Emmy Award Winning Cinematographer, Kyle Romanek, is a film director, cinematographer and writer. He has won two Emmys alongside a small film team for short films featured on the Oprah Winfrey Network. Kyle has been making films since he was nine years old and his passion for film continued to grow while attending Full Sail University’s film production program. This served as the foundation to his gradual understanding of communication, composition and storytelling techniques, as well as artistic concepts. Immediately after graduation Kyle was accepted into the Creative Minds Filmmaking Institute at the Cannes Film Festival. Inspired and motivated, Kyle set out to direct his first feature film based on a script of his own writing, “Astray”. In the fall of 2016, Kyle co-hosted a panel at San Francisco Comic-Con about world building in low budget cinema focusing on his second feature film titled “Arg Stairs” released in 2017. “Ditch the Van” is one story of many to come from Keep It Simp Films, founded by Kyle and his creative partner, Mallory Cunningham. They are currently in production on a documentary titled “Simone” and also in post-production on a TV pilot through W.M.Z. Entertainment titled “F.A.M.”.