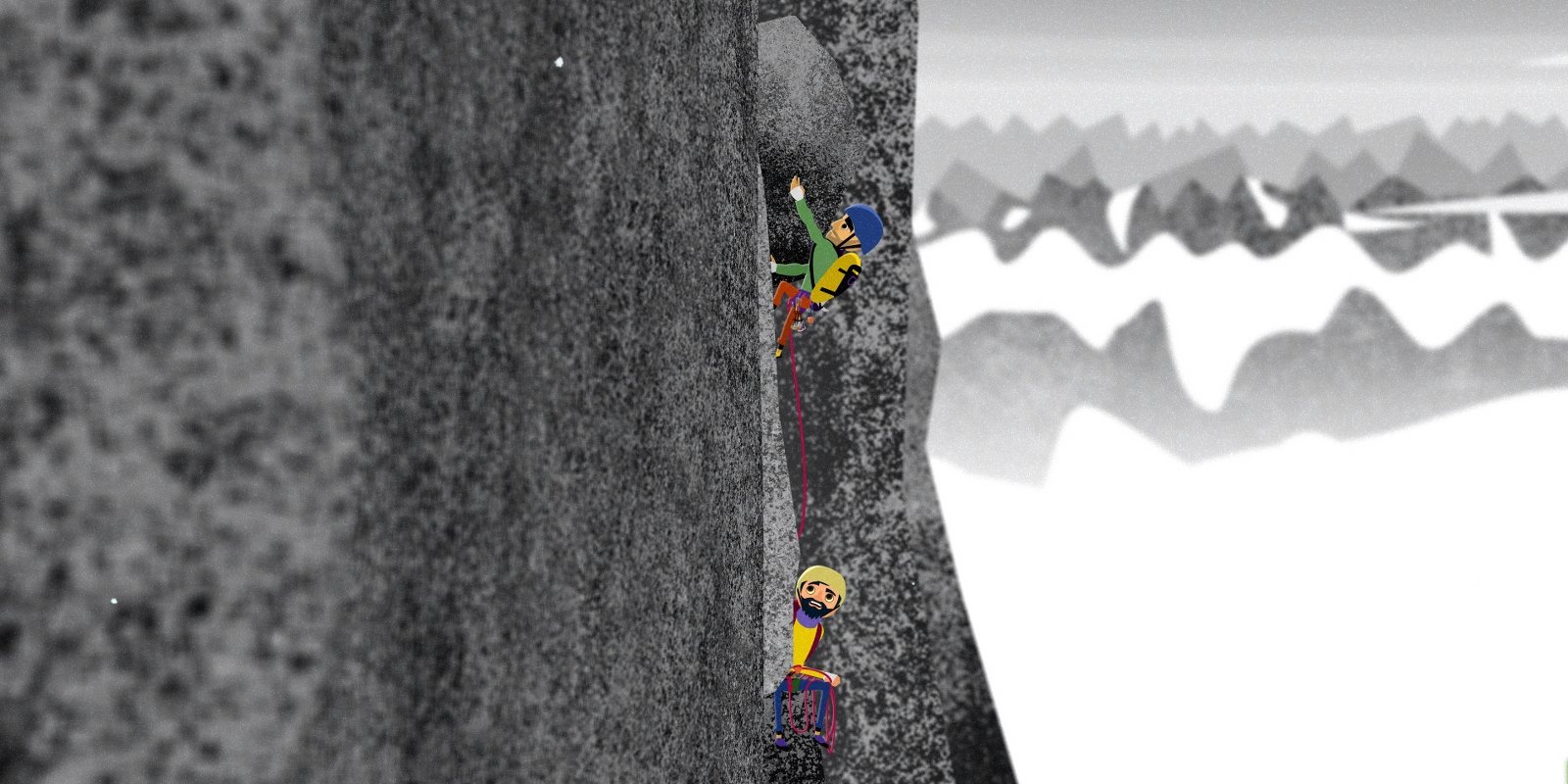 Hugo and Lipe are back on the wall (a remote spire, actually, in the middle of the glaciers) to face all challenges of alpine climbing—frozen and wet rock, poor communication with each other, inner demons, selfies, and the frigid, ever-changing weather.

Erick Grigorovski is an animator, passionate on telling stories, running long distances, drawing and rock climbing.He wrote and produced five animation films, Terra Incognita (2001), Uruca (2008), Entre Nós (2010), A Temporada (2013) and Gagarin (2017), which sent him around the world, to attend film festivals and to make some strange acceptance speeches.